In January 2011 IREX Romania, as part of Biblionet program, concluded a collaboration agreement with the Agency for Payments and Interventions in Agriculture (APIA), aimed at using the computers donated to the public libraries to fill in online the agricultural subsidy applications managed by APIA.

The purpose of this collaboration is multiple:

This way, the library contributes to the socioeconomic development of community. In other words, it helps the public administration achieve its development strategy.

In 2012, the number of farmers who filled in their APIA subsidies applications in the public libraries in Romania increased by 224% compared to 2011 (41'500 compared to 17'000). Successful examples in 2011 were transformed into a standard service in 2012 which is being offered in 30 Romanian counties by the librarians who wish to help to the community voluntarily.

There has been no administrative decision in this respect, only the wish of the librarians, who, together with the Public Administration, decided that it is to the advantage of the citizens to be able to fill in the applications for agricultural subsidies in their cities, without having to travel to other locations, thus saving time and money.

Each library tailored their program according to the needs of the local farmers. For example, in some cases, librarians had minimal interaction with the farmers that was limited to the promotion of the new services and scheduling the visits with APIA experts. In other cases, librarians were involved in every step of the process such as providing assistance for parcel digitization and classification of crops.

Between 2011 and 2014, Romanian public libraries helped over 116,000 farmers submit applications for farming subsidies reaching $205 million. More than 230,000 working days were saved due to the fact that farmers filled out the applications in their hometown or very close to home. With 200 working days in a year, this is covers a staggering 1,150 year. The total amount saved in transportation costs is of about $1.25 million.

The new service also had unexpected impacts at the library. For example, Librarian Gabriela Ticoiu of Halchiu from the Brasov County Library explains: “The APIA initiative also attracted new patrons to the library. Thanks to the communication efforts for APIA, other people came to the library and discovered other services such as computer training and free Internet access.” 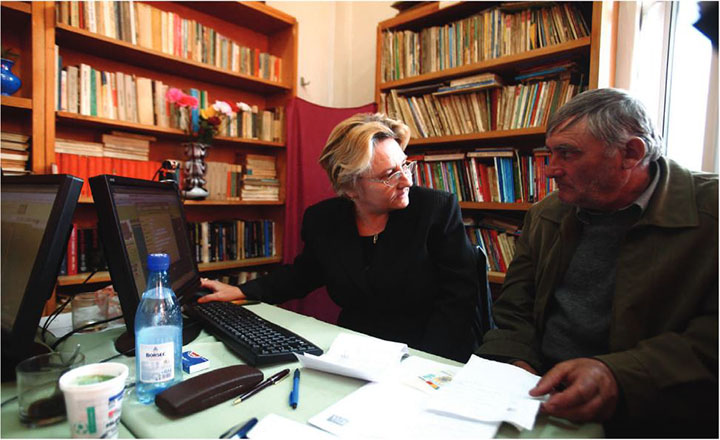 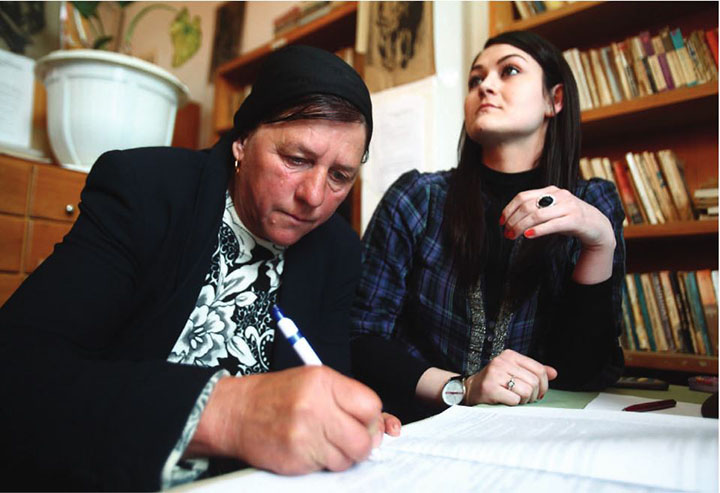