Kenya Vision 2030 aims to strengthen performance in science and mathematics education, however the performance of mathematics in most public primary schools in Kenya has remained poor with majority of children from the underserved communities scoring a grade E (below 30%) in the Kenya Certificate of Primary Education (KCPE). The poor performance is largely attributed to a negative attitude with some children perceiving mathematics as a complex subject that requires a high level of intelligence. This attitude has not only affected performance in mathematics but also other science-based subjects.

In September 2016, Kenya National Library Service (KNLS) Nakuru Library launched a Math-Whizz program as an intervention to help improve children’s abilities in mathematics. Math-Whizz, an online database preloaded with the Kenya Primary Mathematics curriculum for age 5-13 years, has been approved by the Kenya Institute of Curriculum Development. The online mathematics tutor teaches mathematics in a very engaging, interactive, and fun way by using animations and Excel worksheets differently from a normal classroom setup.

Most public schools in Kenya do not have computers and can’t afford to subscribe to Math-Whizz since as it is not funded by the government. When Math-Whizz system was introduced to librarians, KNLS tested the system by using the free trial and afterwards attracted project funding to run a pilot project for one year. During the pilot phase of the program, 600 children aged 10-14 years old from six public primary schools from the underserved community were enrolled. Some children had never interacted with technology nor seen computers before. Before the actual teaching of mathematics, librarians had to first equip the children with basic computer skills. Shortly after the children mastered the Math-Whizz program and enjoyed learning mathematics using the computers.

The online Math-Whizz program had a tremendous impact on the overall individual performance of the children as well as participating schools within the first month. All the participants who completed their KCPE in December 2016 scored an A (above 75%) in mathematics.

Before the Math-Whizz program many children were on the verge of giving up mathematics completely, some pupils had dropped out of school out of frustration, others felt mathematics was not for them and opted to concentrate more on social sciences. After participation in the program the attitude towards mathematics changed. “From the time we started learning mathematics with computers, my attitude has completely changed”, said Charity, a student of Lake View Primary School. “Mathematics is now my favourite subject; I no longer see it as a boring subject but as a game of numbers”.

Improvements in performance were also seen in other subjects: “Those pupils who have used the Math-whizz platform, have significantly improved their scores”, says Mr. Bushnell, a mathematics teacher at Mwariki Primary school.

After a successful roll-out of the program, KNLS included Math-Whizz subscription expenses in its budget. The significant improvement in children’s literacy skills and numeric performance through the Math-Whizz program demonstrates the potential of public libraries in Kenya in helping the government achieve quality education through establishing digital labs for children to interact with computers from an early age thus inspiring positive changes in teaching and learning. 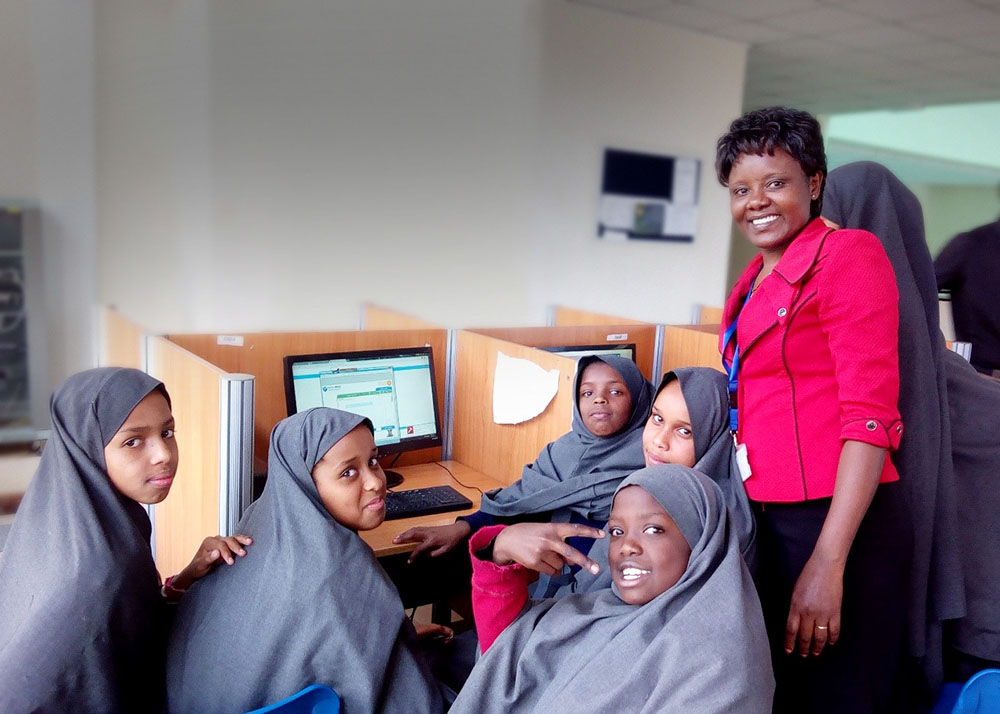 “Students from Daryl Academy after a Math-Whizz lesson at the library ” by knls Nakuru media is licensed under CC BY 4.0
“ ” - . CC BY 4.0 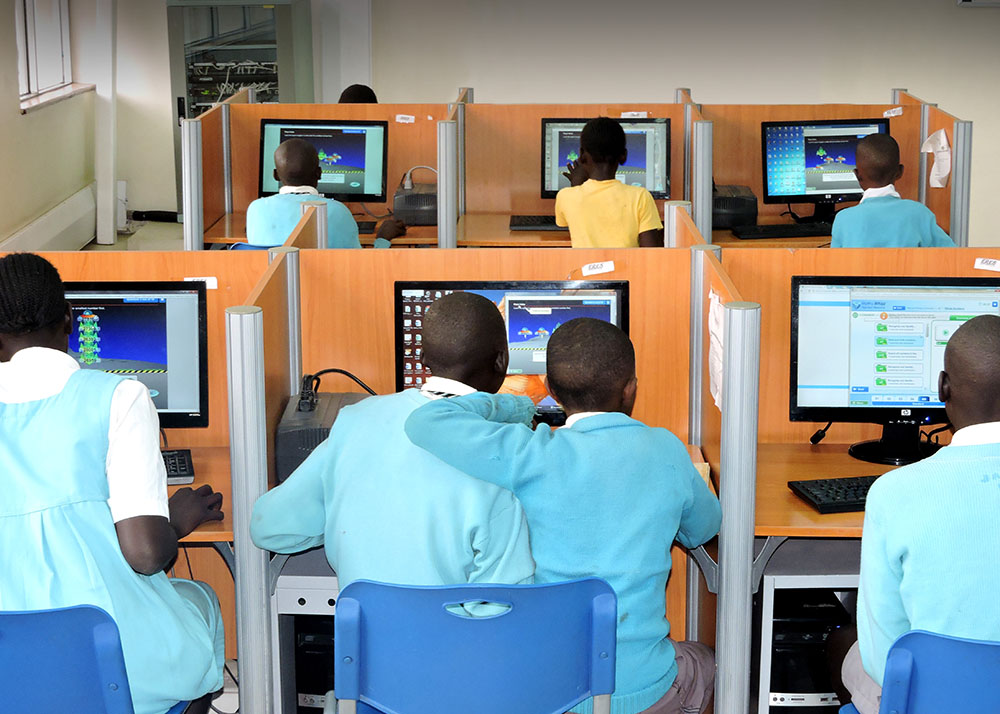