In 2016, the University College Cork (UCC) Library launched its sustainability campaign, Love Our Library. As a result of actions taken in the campaign’s first year, the Library saved over 155,000 KWH - a 9% reduction in energy use. This savings is enough to power a light bulb for 1,770 years or travel around the world 24 times in an electric car!

The UCC, like all public-sector organisations in Ireland, was obliged under the Public-Sector Energy Efficiency Programme to increase efficiency by 33% by the year 2020. A 2016 review identified the UCC Library, the heart of the campus both geographically and functionally, as one of the greatest energy consumers on campus – accounting for up to 10% of the university’s overall energy use.

The University’s Energy Manager proposed a new energy-saving initiative, which the Library agreed to pilot. With the “Saver Saves” scheme the Library was given a budget for energy - if they underspent, the savings could be kept and used for environmental projects, but if they overspent, there would be an extra cost to the library.

The Library formed a Green Team to include library staff, the University's Energy Manager, Sustainability Officer and others. They focused on monitoring waste management, energy and water use, identifying areas for improvement and examining the environmental impact of library operations.

As the entire University community would be impacted by this initiative, effective communication was essential to get and keep everyone involved. The team spread the Love Our Library campaign message to the University’s faculty, staff and students, using signage, email and social media. Students were asked to sign a pledge to help the Library make changes, and within 24 hours of its promotion, over 1,000 students had signed up in support.

After analysing usage behaviors, the Library implemented measures to decrease energy use. They re-balanced the air ventilation and heating systems, reduced building operating times, and turned off lights in low occupancy areas during the summer months.

The Library also introduced a waste management and recycling programme. All bins were removed from staff offices and student areas, and two recycling stations were placed on the ground floor of the library. Single use cups were banned and alternative bamboo mugs and sugar cane bottles went on sale in the library. Water fountains were revamped, and students were encouraged to bring and refill their own water bottles. A dishwasher was purchased so catering for conferences and meetings in the Library could be provided without single-use products.

Influencing people's behaviour has been a major success of the campaign. In three years, over 1,000,000 kWh of electricity and €65,000 have been saved. The surplus from the initiative was used to install a new air curtain at the main entrance, a living wall in the library's 24-hour reading room and to purchase an electric van. Recycling rates increased from 5% to 70%, and 1,234,000 litres of water were saved.

The Love Our Library campaign contributed to UCC being named the 9th “greenest” university in the UI Green Metric World University Rankings for 2017, 2018 and 2019. The ethos of the Sustainable Development Goals to “think globally: act locally,” is fundamental to this campaign and continues to be embraced by University staff and students. 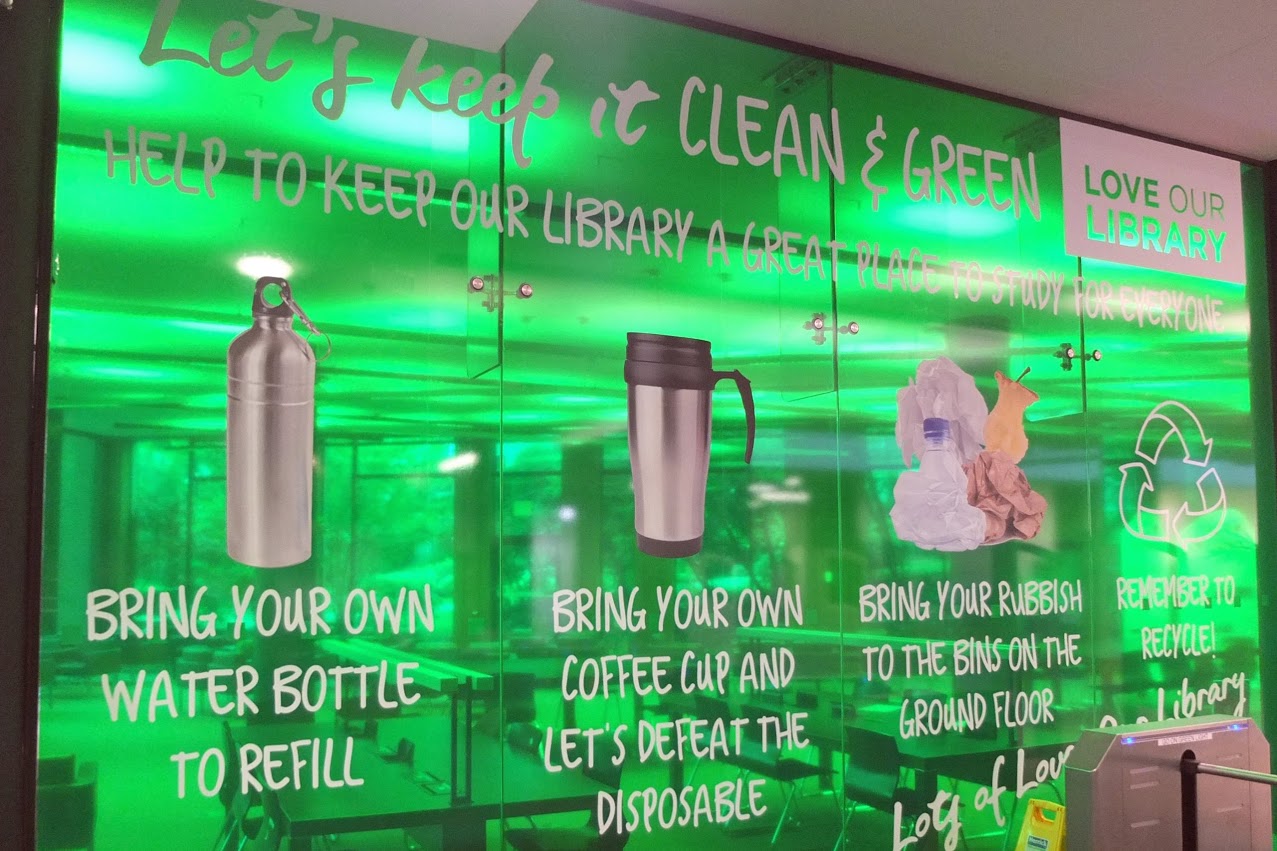 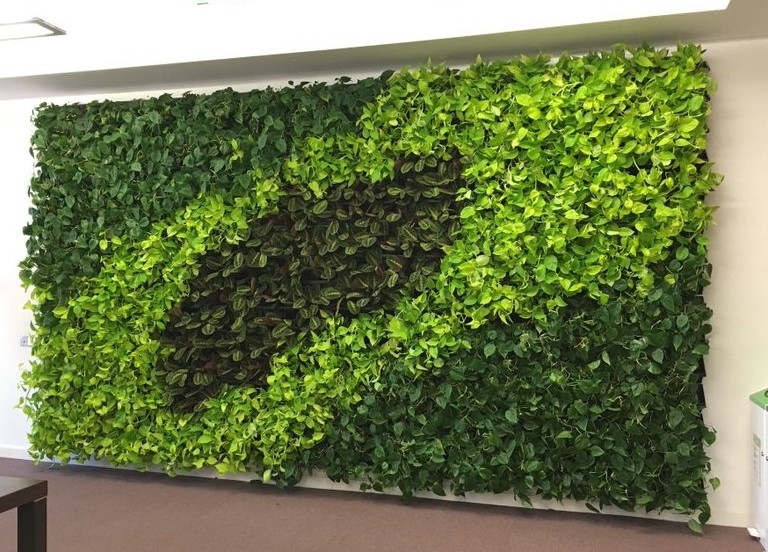 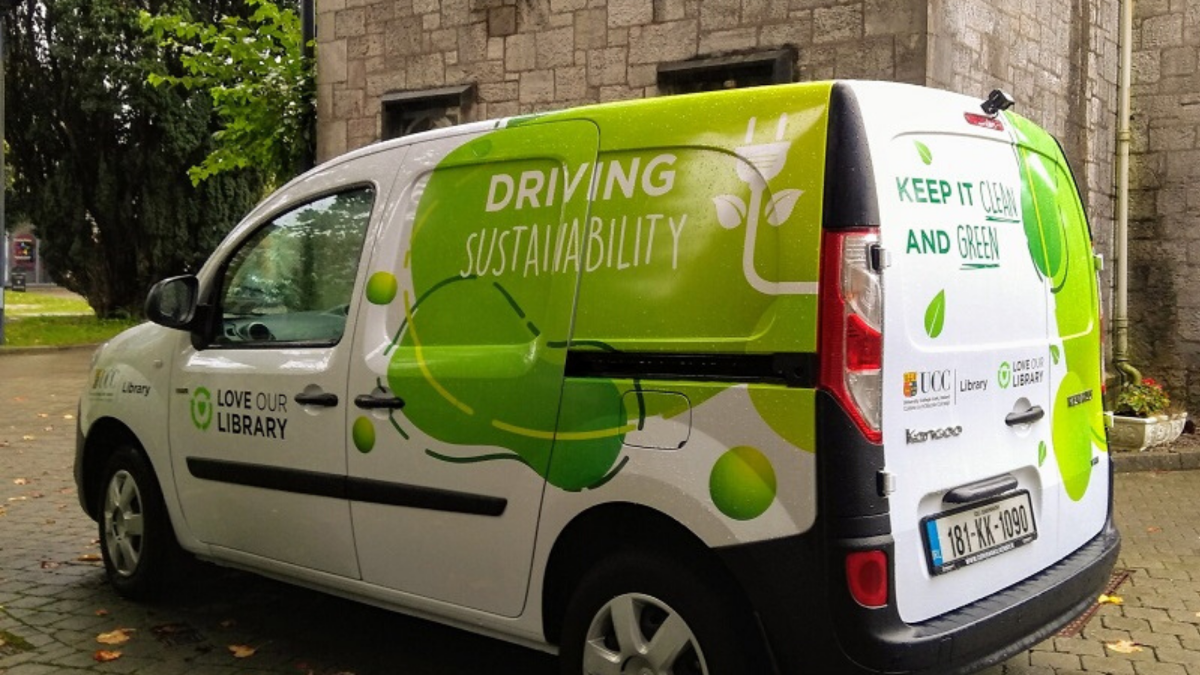 “Library’s electric van containing signage of the “Love our Library” campaign ” by UCC Library is licensed under CC BY 4.0
“ ” - . CC BY 4.0 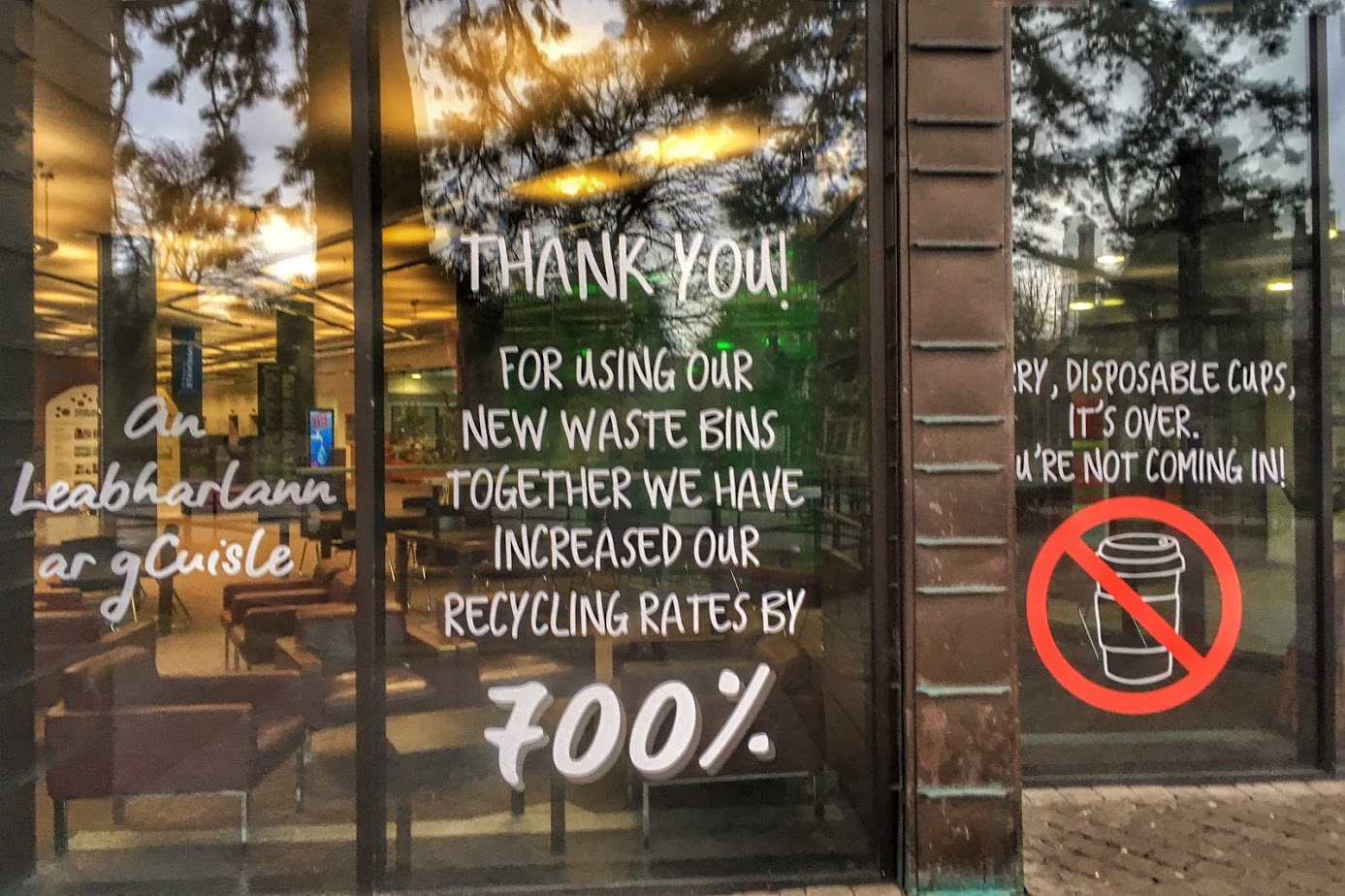