The urbanisation collection at the Indian Institute for Human Settlements (IIHS) Library supports researchers and practitioners studying developing country urbanisation. Since 2013, the library has helped increase the Institute’s research output by more than 850%.

It has been estimated that by the mid-21st century, half of India’s population, at least 800 million people, will live in cities. Rapid and haphazard urbanisation has led to unplanned growth and lack of solid infrastructure, which causes problems such as overpopulation, higher cost of living, and pollution.

Currently, only a few Indian institutions offer higher education programmes in urbanisation. Many have specialised collections on these themes, but do not have public libraries. Limited access to resources on this key topic impacts the ability to find and use information and resources that will determine India’s development.

In 2013, the IIHS library set a goal to build South Asia’s largest specialised interdisciplinary urbanisation collection. Starting with only two staff members and 120 donated titles, they surpassed their objective and procured over 10,000 titles in just four years. In 2020, the library holds over 14,900 books, 1,210 CDs and DVDs, 700 cartographic materials, 68 print journals and magazines, 52 case studies, 630 bound volumes of journal back issues and access to over 6,345 e-journals across disciplines.

The library has built a strong and diverse core collection due to a through, yet streamlined, collections management process. The library accepts collection suggestions from experts on urban development, visiting scholars, staff, members, and the public. The collection has become more valuable due to the sourcing of various titles, core works, and rare books.

The IIHS Library is now developing an extensive collection of oral histories with a special focus on urbanisation in India. It has also built a collection of historical and recent data from sources such as Census, National Sample Survey Office (NSSO), Annual Survey of Industries, and the Economic Census sources. The library is frequented by IIHS staff, paid members and numerous walk-ins every day.

Since 2013, there has been an increase of 276% in library usage, which correlates to a significantly increased institutional research output from 52 articles in 2013 to 497 in 2020. Shriya Anand, faculty at IIHS identified the role the library plays in the success of research events: “The Library team has consistently and cheerfully supported researchers' and students' efforts to improve their understanding of complex urban processes. As a user of the Library, I really appreciate their ability to search for difficult-to-find resources, and the thematic exhibitions they hold that expose us to lesser-known materials around a particular theme.”

Today, the library is central to the Institute’s mission to build a hub for research, knowledge, and teaching focused on India’s urbanisation. 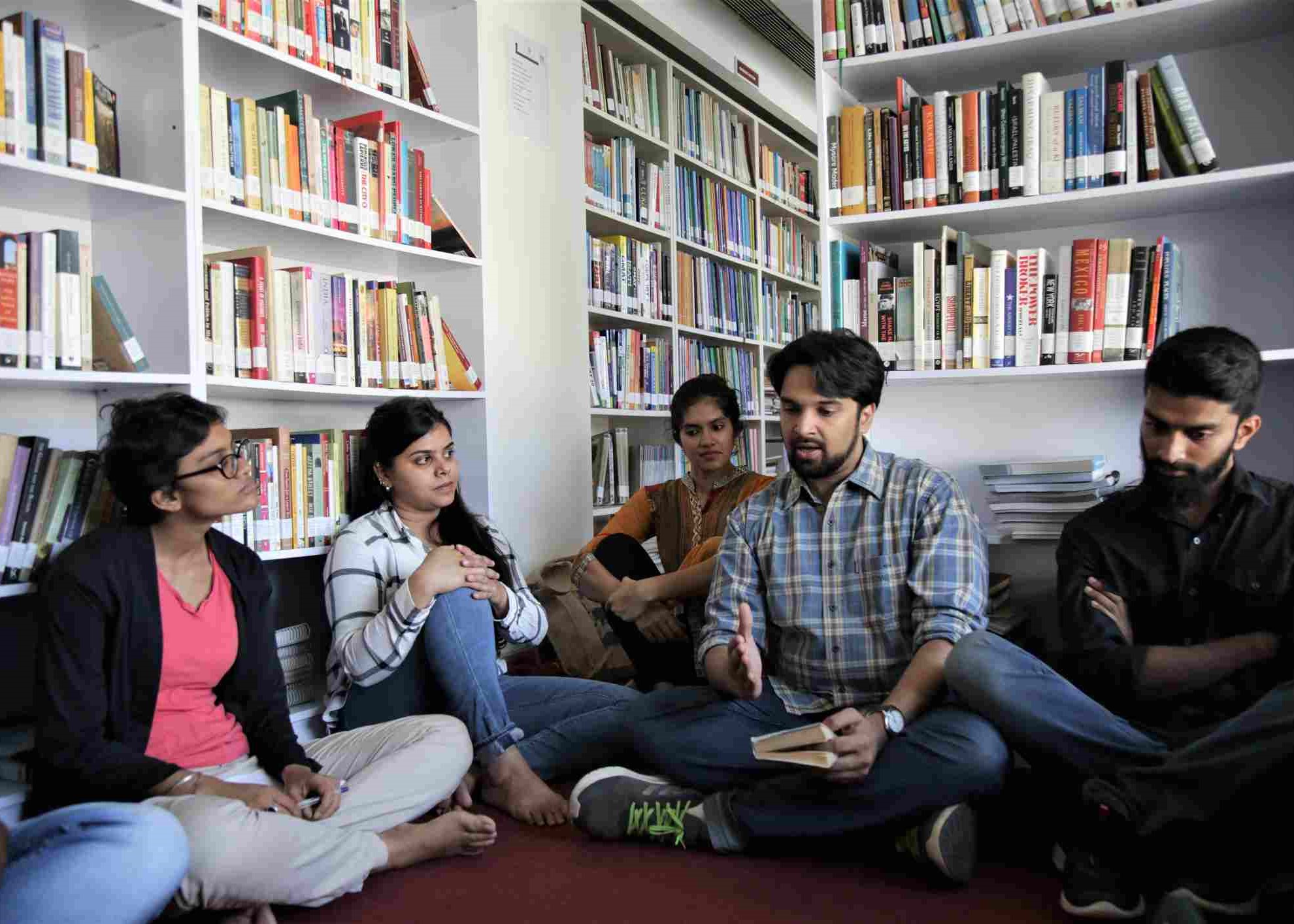 “Group of researchers during a reading circle at the Indian Institute for Human Settlements Library ” by IIHS Media Lab is licensed under CC BY 4.0
“ ” - . CC BY 4.0 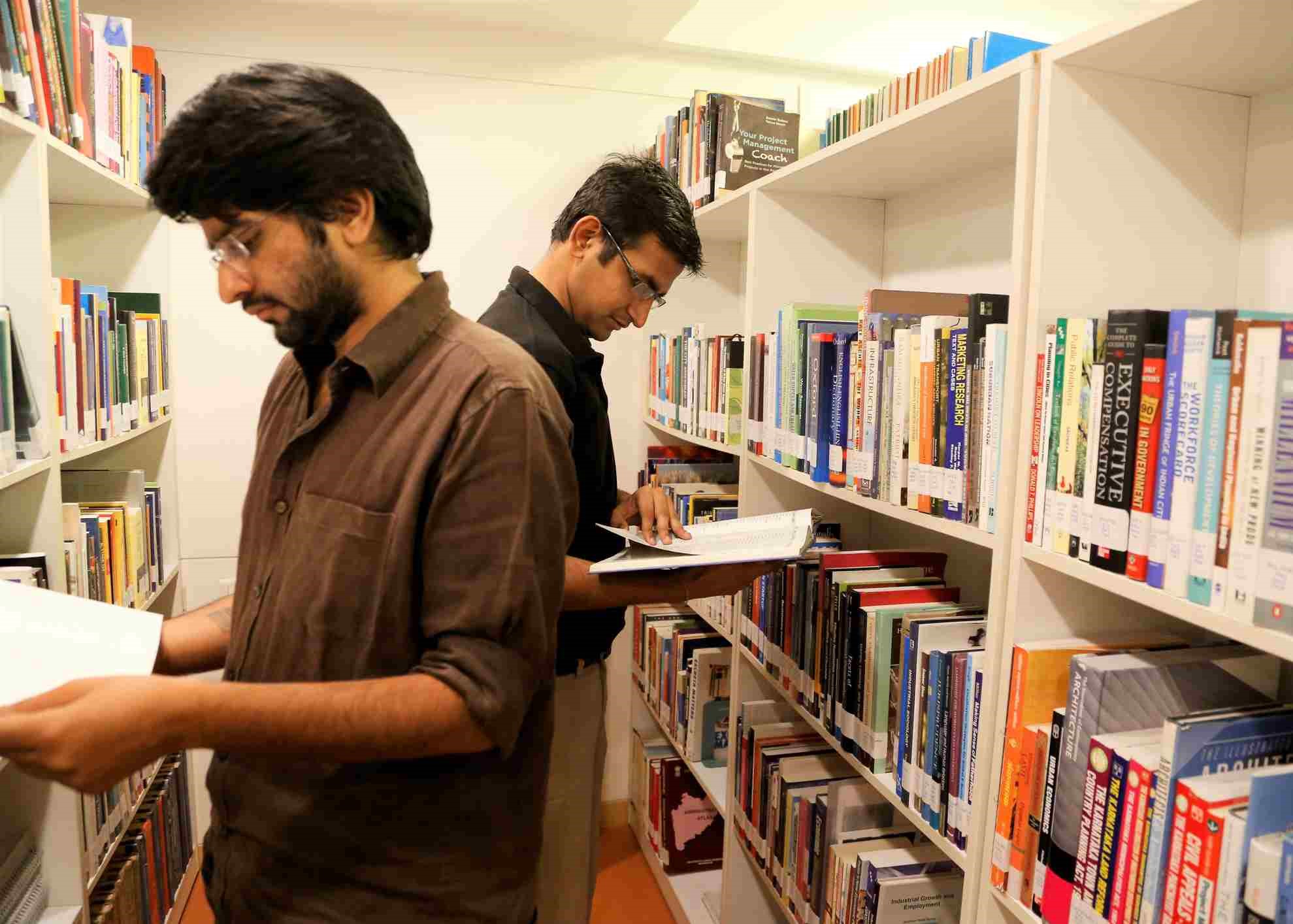 “Researchers at the Indian Institute for Human Settlements Library ” by IIHS Media Lab is licensed under CC BY 4.0
“ ” - . CC BY 4.0 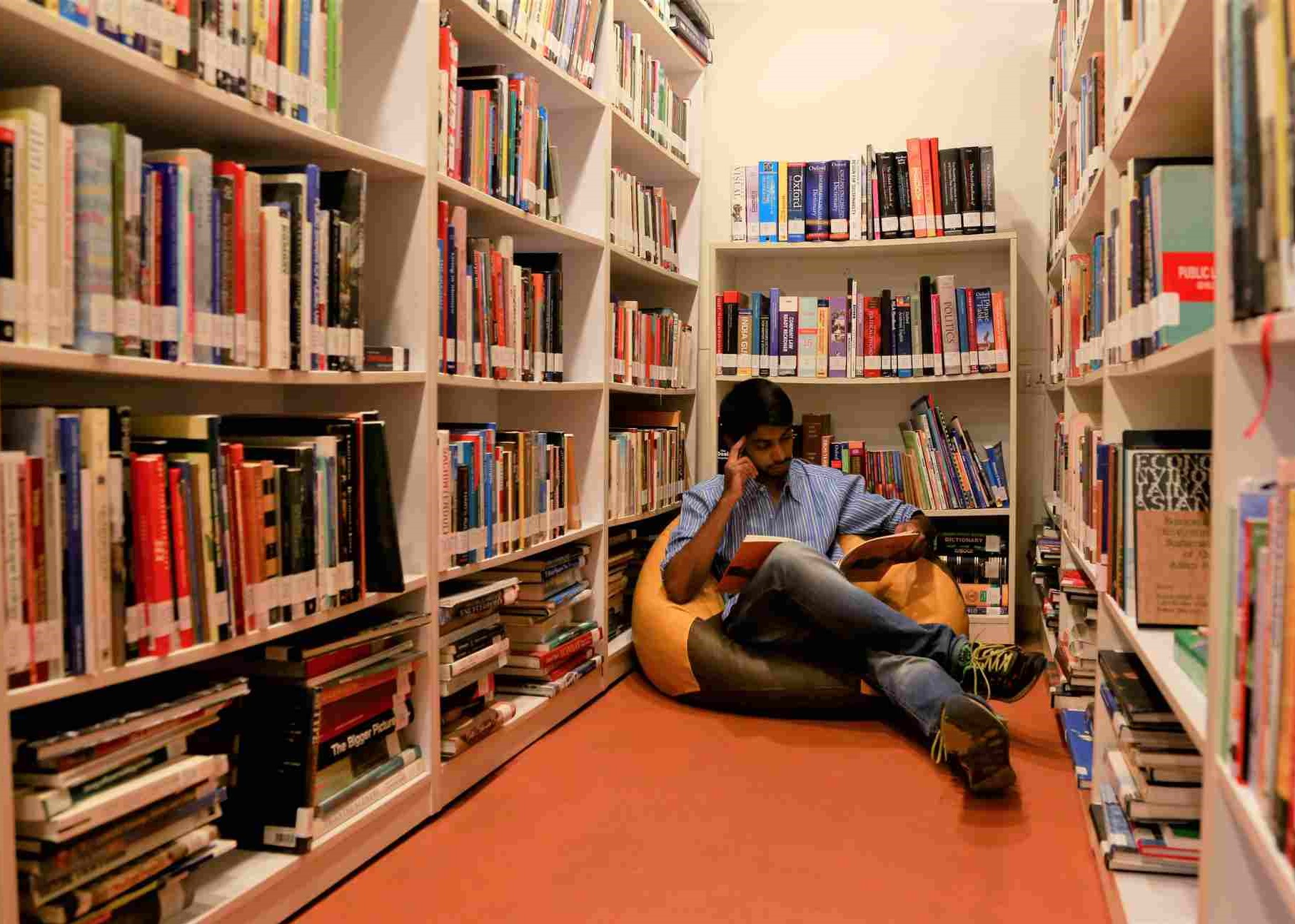 “A researcher studying at the Indian Institute for Human Settlements Library ” by IIHS Media Lab is licensed under CC BY 4.0
“ ” - . CC BY 4.0 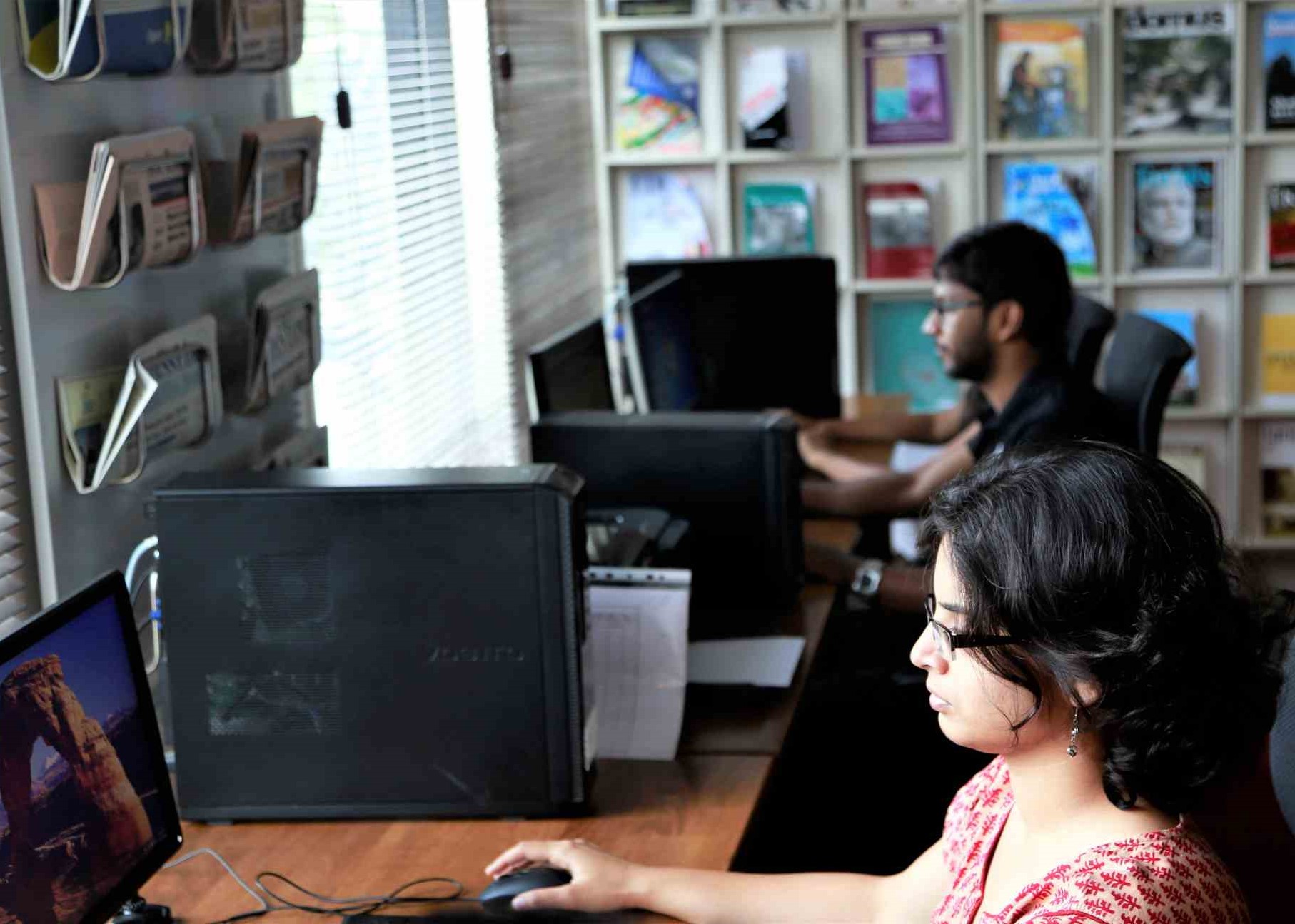 “Researchers using the Indian Institute for Human Settlements Library’s online resources ” by IIHS Media Lab is licensed under CC BY 4.0
“ ” - . CC BY 4.0 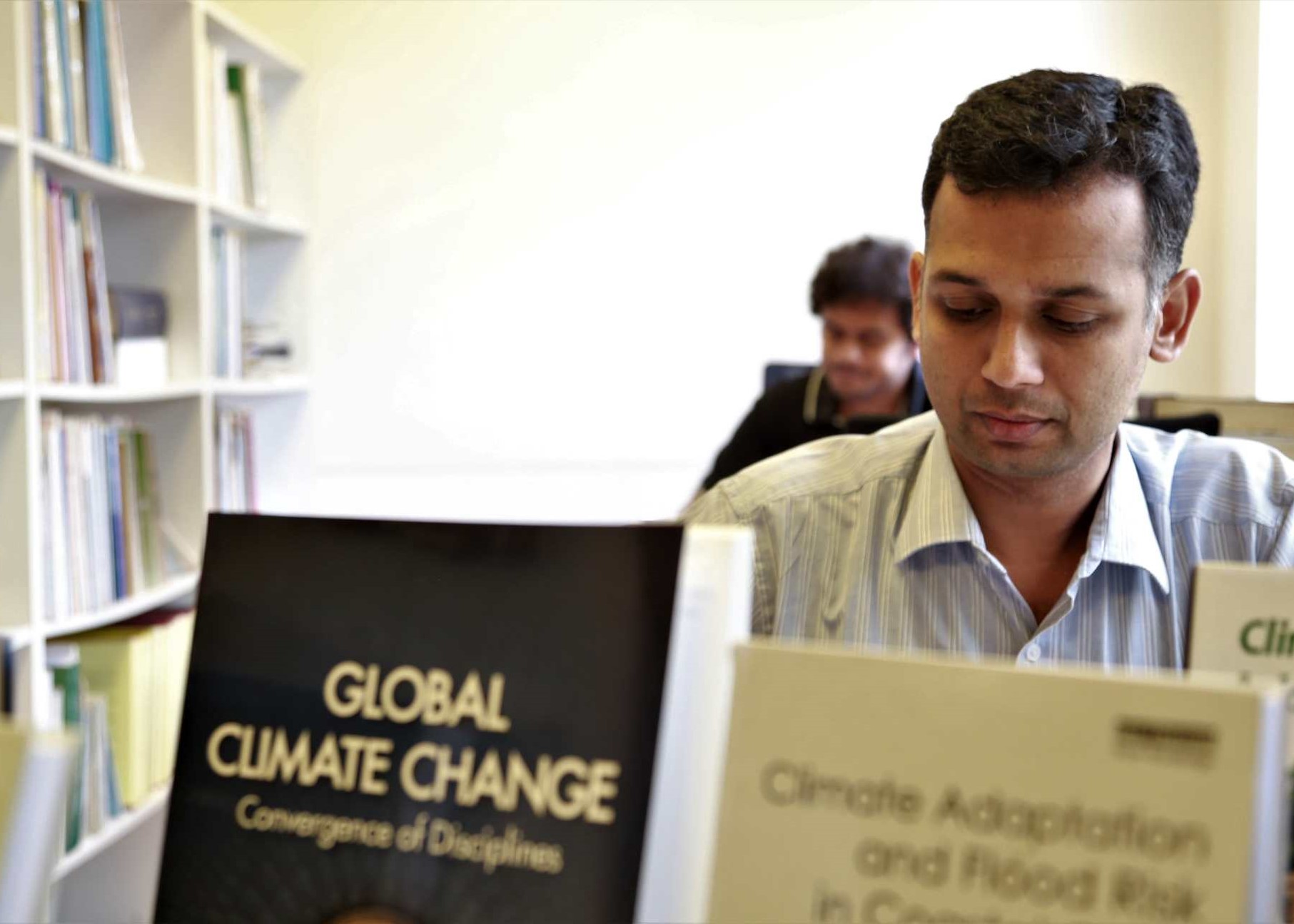 “Researchers in the Indian Institute for Human Settlements Library’s reading room ” by IIHS Media Lab is licensed under CC BY 4.0
“ ” - . CC BY 4.0
Previous Next
English
http://librarymap.ifla.org
Printed on May 16, 2022