Teenage pregnancy can have significant negative impacts. Most affected are young girls aged between 13-17 who are yet to sit their Basic Education Certificate Examinations (BECE).

In addition to the harmful health implications of physically immature girls becoming mothers, many of them also drop out of school, suffer from social stigmatisation and slip into poverty and depression. This has serious consequences for their social and emotional development and can create and reinforce inequalities.

Despite the serious harm to people’s lives, there is a lack of adequate information about this issue for the people concerned. This is partly due to the failure to include sex education in school curricula, but also a refusal in Ghanaian society to discuss the subject with teenagers of this age.

The Laterbiokorshie Library has therefore decided to act. The communities it serves has seen a particularly alarming increase in teenage pregnancy. According to research data, from 10,000 cases in 2015, the rate rose to 18,342 a year in 2016, and preliminary raw data shows a further marked increase in 2017.

To address this situation, and help girls stay in school and finish their education, the Library initiated a reproductive health education project. They ran this in partnership with the Ministry of Education and Health as well as NGOs, churches and community leaders. In order to provide health information and products to students, the Library also collaborated with the Member of Parliament for Ablekuma South, Planned Parenthood of Ghana (PPAG), the Directorate of Public Health, Mamprobi Polyclinic and Ghana Education Services.

During the massive campaign by the Library and its partners, 2000 school children between the ages of 10-16 were reached and educated on reproductive health, abstinence and the need to mature physically, mentally and economically before having babies. After the first meeting in Spring 2018, subsequent talks were hosted by the Catholic Church in the community; midwives, doctors and family health specialists addressed young girls and boys from various schools.

Hon Oko Vanderpuye, the Member of Parliament for Ablekuma South said, “I thought libraries only supported children to read. I did not know their work also involved engaging with societal problems. This issue has been a concern and if libraries want to help, I will also support this initiative.”

The campaign continues as a monthly talk programme on teenage pregnancy hosted in the library, which provides a safe place to discuss topics of personal hygiene, hormonal changes, abortion, sexual health, HIV, family planning, rape and abstinence. In that way, by providing access to sexual and reproductive health information, the Library continues to support one of the five pillars of Ghana’s Long-Term Plan 2015-2035 – “Build an equitable healthy and prosperous society”. 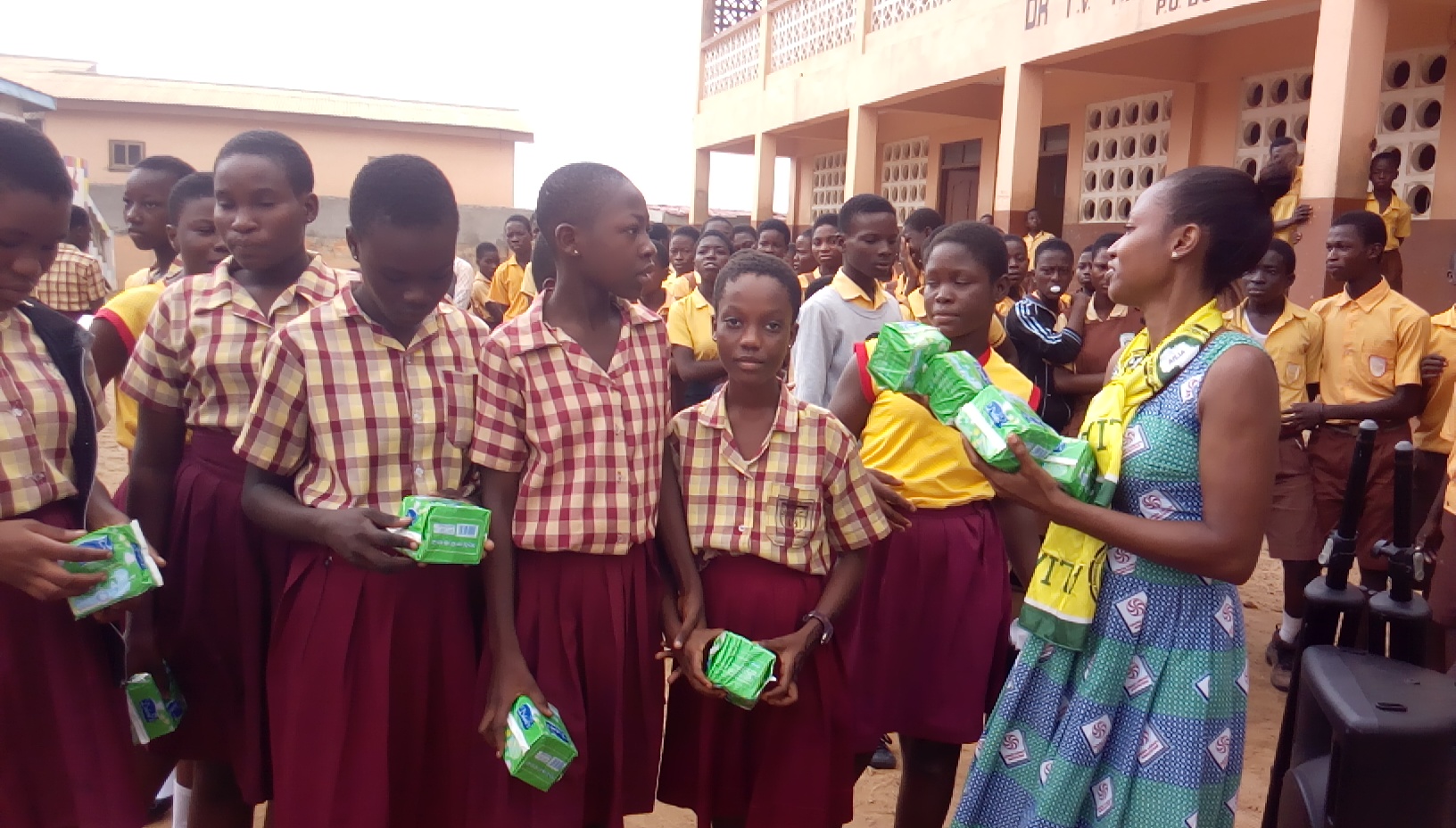 “Programme participants receiving personal hygiene items ” by Beatrice Ampadu is licensed under CC BY 4.0
“ ” - . CC BY 4.0 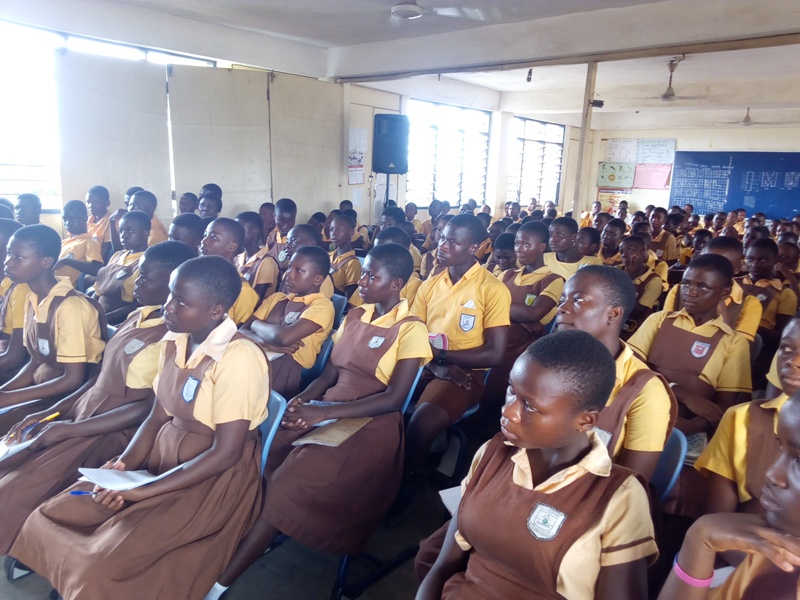 “Children attending the lecture on sexual and reproductive health ” by Beatrice Ampadu is licensed under CC BY 4.0
“ ” - . CC BY 4.0 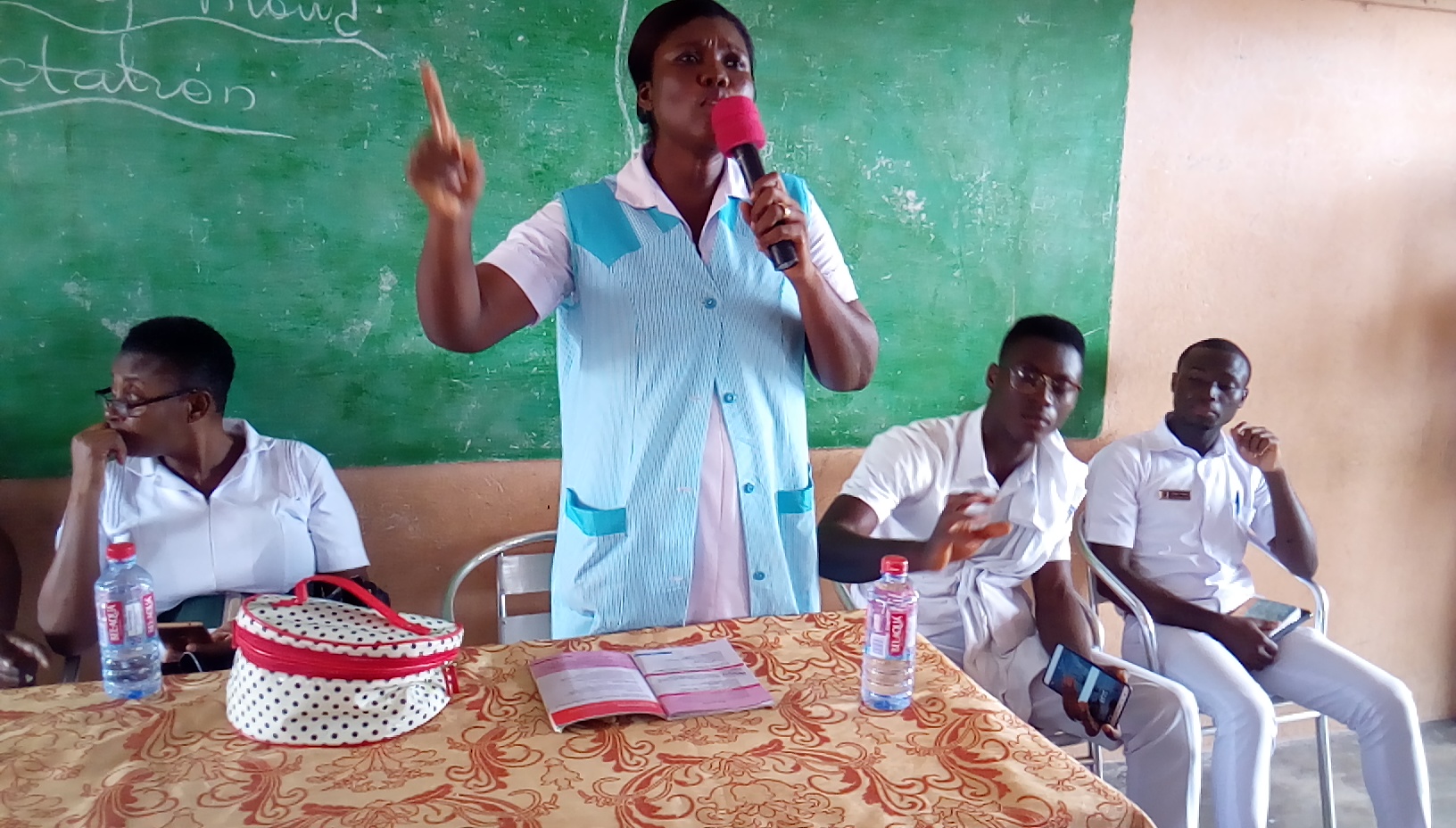 “Health personnel at the lecture on hormonal changes ” by Beatrice Ampadu is licensed under CC BY 4.0
“ ” - . CC BY 4.0
Previous Next
English
http://librarymap.ifla.org
Printed on May 14, 2021